Car buffers and car polishing is an area of auto detailing filled with way too much bad information!

If you are new to the world of paint polishing and car buffing, get ready to chase your tail as this is a topic filled with tons of hype, misused terminology, and endless opinions.

As an auto detailing expert from the actual world of professional detailing, I am going to take my years of experience and make an informed consumer out of you!

If you are willing to put some time into this topic you will know more about car buffers than most "professional detailers" I meet along my travels. 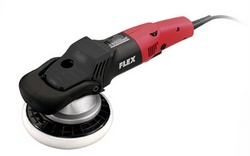 Also called dual action polishers (DA for short), these fail-safe buffers are not only a starting point for beginners, but the finishing tool for advanced car polishers.

As the name implies, these polishers operate using two different motions and are considered the safest buffer and therefore become the best buffer for any beginner.

The orbital polisher was designed to duplicate the action of your hand applying wax to a car. You can think the iconic scene from  the movie Karate Kid of "wax on, wax-off".

The dual action has two independent moving or rotating points. It is helpful to make a comparison to the earth's spinning rotation (this gives us the 24 hour day) along with the earth as it circles the sun (which gives us a year).

Orbital buffers operate at lower RPM's relative to the high speed buffers many people think of when discussing car polishing.

Random orbital buffers and lack the direct drive force to create the type of friction and heat produced by the high-speed buffers. 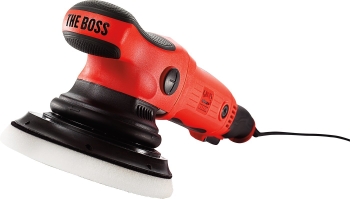 When it comes to dual action (DA) buffers, there are essentially two versions you can choose from:

1) Random orbital: these still have two spinning axis points, but what makes them so safe (as compared to a rotary polisher) and why they are called random is due to what is called a free floating spindle assembly. This is a spindle assembled on a bearing that will spin when the machine is turned on, but once enough downward pressure is applied it will stop spinning since it is not controlled by a direct drive gear as in the case of a forced rotation DA buffer. It is this "limitation" that actually makes these random orbital car buffers so much safer than the infamous rotary or high speed polishers that have so much bad press associated with them.

It is this engineering that has allowed the masses the ability to safely polish their car without fear of burning edges, producing swirl marks, or leaving holograms in the paint that once again, high speed rotary buffers are notorious for. The random orbital buffer has continued to gain massive popularity due to the industry responding to better and better engineered random orbital buffers. Long gone are the days of bulky, bone jarring orbital buffers that you may have seen dad using when you were barely strong enough to even hold one of these relics of the past.

2) Forced Rotation: Forced rotation DA car buffers are far less popular and there are far less choices. (for this reason, I do not offer any reviews on forced rotation DA car buffers) While many top-tier professionals swear by them, they are in fact more difficult to control than their random orbital counter parts. Forced rotation orbital buffers mean that both the spinning and the rotation spindles are gear driven and will not stop spinning and rotating under pressure. Still far safer than a rotary, they still are not the first choice for most people. And since the industry has developed so many quality random orbital car buffers, the masses have followed.

While they are quickly becoming extinct, there are still guys who insist that polishing a car should always and forever remain being done by hand.

Except there is not an industry left today that does not employ the use of power tools to not only produce better results, but  with far greater efficiency that any person could possibly perform by hand.

I can only come to a few conclusions as to why there are few people continue to resist and disparage the use of power buffers when it comes to polishing your car:

The high speed buffer as it is often referred, is officially a rotary buffer. It is very straightforward as compared to the orbital buffer in that it simply spins on a single axis point. It is also capable of high RPM's which is also one of the biggest differences.

The newest advances in DA or random orbital car buffer allow you to get by without ever having to touch a rotary polisher, never mind actually become proficient in using one.

A rotary polisher simply allows you to "cut to the chase" by doing the heavy lifting that random orbital buffers simply cannot do. And just like every other area of life, there are always trade-off's. My simple answer to any beginner looking to learn how to polish cars (boats or RV's) is to pick one of the high-quality, DA car buffers from below.

It is because of the high RPM's and direct drive that allow rotary car polishers to do the heavy lifting of any paint correction job. Whether this be in removing severe paint damage and defects, removing wet-sanding marks, or removing oxidation from gel coats on boats and RV's. Many professionals like myself have numerous car polishers that we simply match up for the job we are performing. We can do the heavy lifting with a rotary, then switch to a random orbital for the fine "tuning" of finish polishing. (also referred to by many as "jeweling". Apparently "jeweling" sounds much more glamorous than finish polishing)

The Pros and Cons of Rotary Polishers:

The newest generation of rotary car polishers now have incredibly low start/operating speeds. They will all be what is called variable speed polishers; which mean you can not only adjust the speed at the dial, but you can adjust the speed at the trigger. As a rule, all the newest rotary's will start and operate at a very low 600 RPM speed. Traditional polishing with these machines will happen at the 1200-2200 RPM range even though they will typically go to 3200 RPM's. And because of this very low 600 RPM speed, these rotary polishers become incredibly safe.

And while you are here looking among the best car buffers, you will also want to check out my professional opinion on the best car polish. 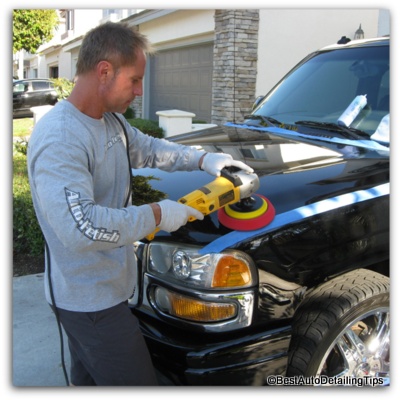 Safe to the point where you would have to purposely try and damage the car paint. And now that I have introduced this "side bar" of info, many of you will begin to wonder if you should perhaps entertain the idea of jumping into a rotary from the beginning. Which is a valid observation. I professionally can take one of these new high-speed polishers, do all the heavy lifting with the right speed, pad, and compound. Change the speed, pad, and polish, and finish the paint to perfection. All doing so in a fraction of the time of a DA buffer only. See this boat polisher link if you are considering this: Boat Polisher

Like every other area of life, technology has improved the options available when it comes to finding the best car buffer out there. WHen you have spent as much time behind a buffer as I have, the nuances or "personality" of a buffer becomes more and more of the issue. In reality, any number of quailty car buffers are going to be able to produce excellent results, so the final decision will come down to the user experience of any car polisher/buffer.

Darren's Note: It sucks when you are restricted by a budget! I get it; we all have one as a rule. So with that said, this polisher kit from Griot's Garage will still perform to professional level results; it just does so on a budget. Just because you are on a budget doesn't mean you have to sign on to table scraps! This car buffing kit is the first and last kit 95% of you will ever need or want!

Darren's Note: This kit would seriously (just like the Griot's above) would be the first and last kit 95% will ever want or need. It is that good and that complete.

There are so many car buffers on the market and I have not professionally tried every single one of them, but I have tried too many to count.

As a beginner you really don't have to overthink this difficult choice (but I know you will and likely are) and here are the reasons why: 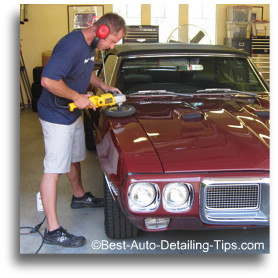 I will start this off by telling you truthfully that car buffers and polishing is an area of auto detailing that is grossly misunderstood by most people!

Bad opinions repeated by misinformed so-called "experts" only adds to this confusion. Any trip online to any of the hundreds of car/truck/detailing forums will confirm this.

It seems everyone has an opinion they are more than willing to repeat regardless of it being verified or valid! My tips simply come from 30+ years of first-hand professional experience. So with that said, let me lay out the process of polishing as a starting point with our discussion on car buffers in general. 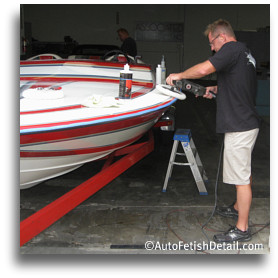 Thank you for visiting my car buffers review. I hope I have helped whether you are a first-timer or a seasoned veteran. Now that you understand how to shop for the best detailing buffers, you will also want to review my page on selecting the best car wax for the job. I also bet you know of at least one other person who would benefit from the information I have taken so much time to produce. Whether this be friend, family, car forum, or car club, please help me spread the word by posting this to your FB, Twitter, or forum account! Or just send them the link and pay it forward in that manner. I have made it super easy to spread the word with my “Socialize It” button box at the very bottom of this page.

Thank you for your support of my website. I spend massive amounts of time bringing you my best car care tips that I bring from my 30+ years of experience as a professional detailer. 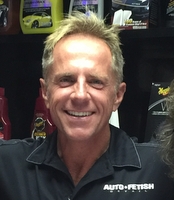 Any time you use one of the Amazon links on this website and make a purchase, I earn a small commission (very small). This does not change the price you pay at Amazon, it simply means I earn a commission.

I hope you come back whenever you have any additional questions!

"EXPERT TIPS, TRICKS, AND SECRETS FROM THE WORLD OF PROFESSIONAL DETAILING"